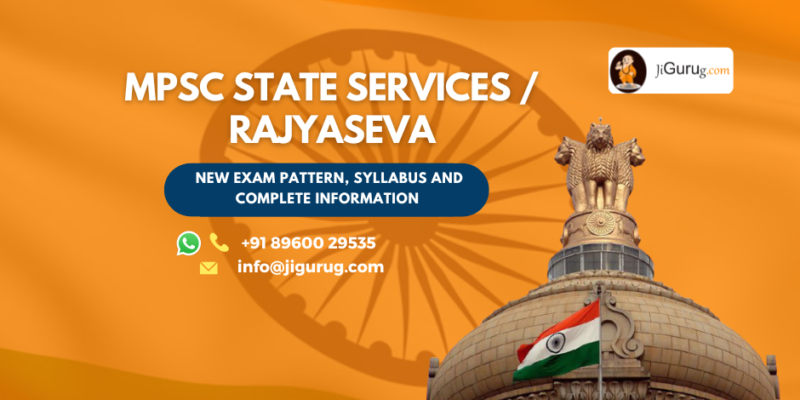 MPSC Rajyaseva recruitment prelim exam pattern is one of the exams which is conducted annually by MPSC to recruit officers in various wings of the state administrations departments under the Maharashtra State Government. MPSC board takes complete charge of conducting the exams.

There are three stages in the MPSC Rajyaseva exam patterns such as prelims, mains, and interviews. An individual has to qualify for all the stages.

What is MPSC Rajyaseva

MPSC had officially released notification for the MPSC 2022 exam and it released 588 vacancies for diverse postcodes. The MPSC recruitment 2022 application process has initiated on 21st February 2022 and it will continue till 14th March 2022. The MPSC question paper for the preliminary exam comprises objective and multiple-choice questions. The prelim exams will be the first stage and the second stage are the Mains exams and the personality test is the last stage in the examinations. The time MPSC is selecting for various posts like Police Sub Inspector, Deputy Superintendent of Police, Block Development Officer, and Deputy Collector.

The Rajyaseva eligibility criteria are notified and it is important to know about the requirements for filling out the application form.

Candidates who are ready for the exam can start applying for the exams online and it is essential to check whether you are eligible for the exam preparation or else you will be rejected by the MPSC board. If you are ready to start the MPSC exam preparation, it is essential to know the eligibility before proceeding with it. The Maharashtra public service commission has created the eligibility criteria for diverse examinations conducted in Maharashtra. The MPSC States for the various position including project officer deputy education officer class officer. When it comes to the basic eligibility criteria, it is essential to consider the age limit educational qualifications.

The minimum age for MPSC state service is around 19 and the maximum age is 38 their also an age relaxation that you should know before initiating the application process. If you are from the backward category, the age limit is around 43 years and ex-servicemen or retired government officers who are from the general and backward class can also be around 43 years of age limit the qualified layers also have the same eligibility. Candidates with disability are 45 years of age limit and it is essential to understand the age limit before applying for the examination. MPSC necessity certain requirements to benefit the age relaxation or reservation as the candidate must be a domicile of Maharashtra and he or she Mr offer the categories certificate from authorised competent.

The educational qualification for the MPSC exam is quite a sample and any person with a graduation degree from a government-recognized Institute college can apply for the NTSE exam it is important to be verbal under return fluency in the Marathi language. People with degrees in law can also have advantages and MPSC exam services. If you are in your final year can also apply for the MPSC state service.

Apart from the specified criteria, there are also several attributes like a number of several status nationalities and reservations. Though there is a number of elements, it is important to check eligibility criteria. People with more than one or more wives are not allowed. Females married to a person who is already having another wife are not qualified for the Rajya sabha examination.

As per the nationality, the candidate must be a citizen of India. When it comes to reservation categories like schedule the cast schedule tribe and other backward classes will be climbing the benefits.

MPSC Prelims syllabus for both papers is provided below. Like the UPSC exams, MPSC also offers a syllabus with just topic names and it is important for the candidates to understand that most questions will be focused on the state of Maharashtra as it is a state-level examination. If you have the right preparation strategy to the easier to clear the examination.

Check out the MPSC exam pattern and acquire more details on the marking scheme. MPSC exam pattern 2022 is disclosed by the exam conducting body. MPSC exams are the most demanding exams in the state of Maharashtra as it is a PSC exam for which candidates are recruited to several posts like Deputy collector, BDO, Deputy Superintendent, and various other posts. If you want to join MPSC services, it is essential to understand the exam pattern to be eligible for writing the exam. MPSC 2022 exam allows you to strategize your preparations for the examinations.

MPSC exam pattern consists of three stages MPSC Prelims exam, Mains, and interview. It is essential for the first stage of the recruitment process for the MPSC exams. The MPSC exam pattern for Prelims with objective questions and there are two papers in the MPSC exams. Both papers count 200 marks each with a duration of 200. The duration of each paper is two hours and negative marking 1/4 marks for every wrong answer. Questions about decision-making in paper-II do not allure negative marking. The MPSC exams are in English and Marathi. MPSC exam is descriptive in nature and it takes up to three hours duration. The MPSC Personality test/ interview is the final stage of the recruitment process for the MPSC selection process.

– India and the World.

Human and Social Geography of Maharashtra

The problem of Drinking Water.

The Political System ( Structure, Powers and Functions of Governments )

State Government and Administration (With Special Reference to Maharashtra)

Formation and Reorganisation of Maharashtra State

The Media: Print and Electronic Media – its impact on policy-making, shaping of the public opinion and educating the people.

(3) Right to Information Act, 2005: Rights of Applicants, duty of Public Authority, exceptions to the information.

Social Legislation as an instrument of Social Change; Human Rights. 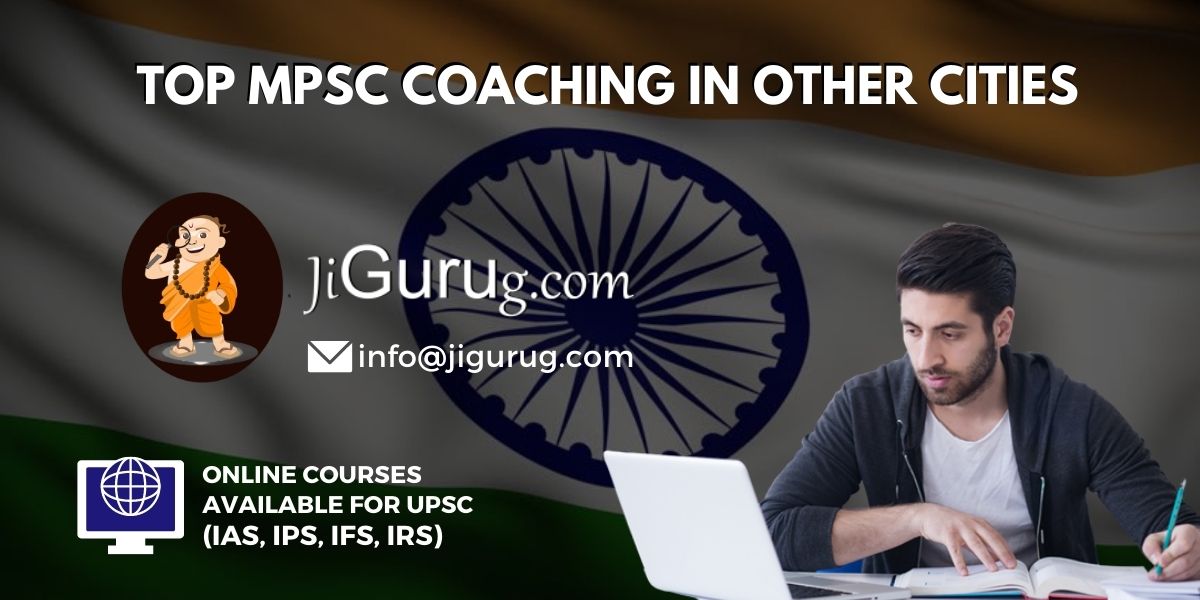 List of Top MPSC Coaching Classes in Other Cities

Disclaimer – These rankings have been entirely on the basis of the research and analysis done by the JiGuruG team. We here at JiGuruG, solely declare that these rankings are free from all the external and internal influences and purely based on the study done by the JiGuruG team. If in case anyone is having concerns, please feel free to reach out to us at [email protected]