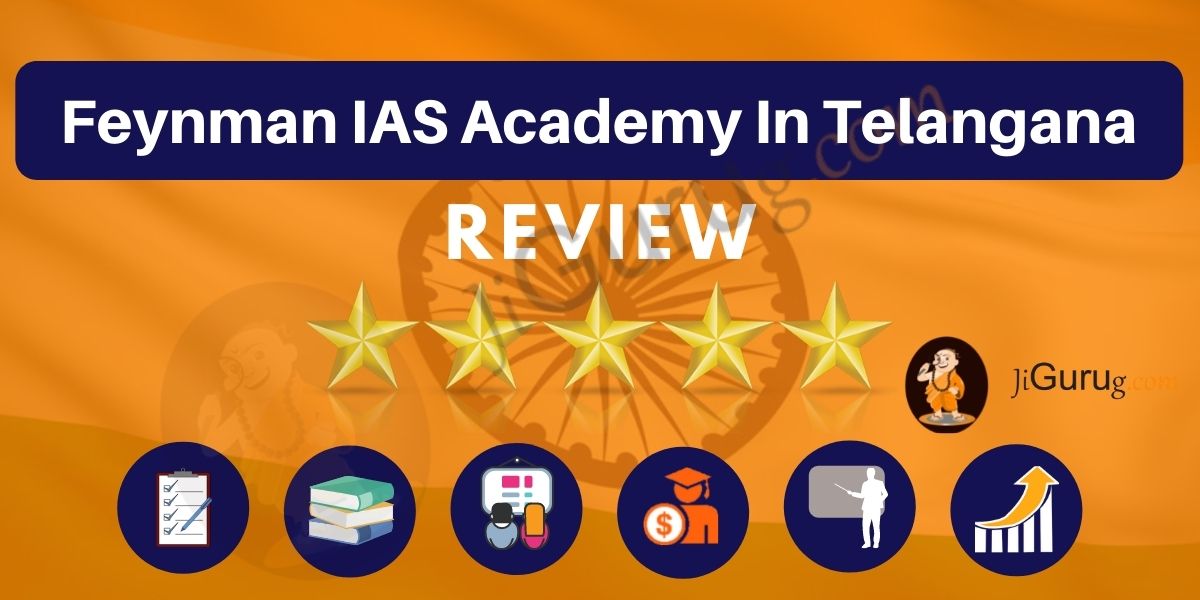 Feynman IAS Academy has not been given a place in the List of Top IAS Coaching Institutes in Telangana.

The fee structure has not been disclosed by Feynman IAS Academy in Telangana.

Ratings out of 10 – Best UPSC Coaching in Telangana

Click on the Whatsapp logo to Join Offline UPSC Coaching in Telangana.

Anil Dharni – I took coaching for sociology optional in Feynman IAS by Venkata Mohan sir. Sir is a good man with a zeal to help students but I think he is not a good choice for sociology. He teaches in a very different way which forces a student to question and think in another perspective. He doesn’t follow the regular scheme and teaches in his own style. I can sit and discuss the topics every day but most of it will not be useful for UPSC. Venkata Mohan sir is a man of difference but you should think whether that difference is making you more productive. In my opinion all the positive reviews are because sir shows personal interest in every student which is very unusual in coaching institutes which are driven by commercial interests.I wouldn’t suggest sociology course here.

Sri Lakshmi Swetha Viriyala – The faculty here for sociology is Venkata Mohan sir, the Director of Feynman IAS institute, who is very good at teaching sociology. The classroom program and the method of  evaluation and analysis is bery good which helps the student understand where he/she is lacking/lagging.

He has also started teaching socio-cultural anthropology.
Coming to Physical Anthropology part, it is being taught by Dr. Rajasekhar sir, who is very good in explaning.
The course is worthy and affordable. One to one interaction is good.

pradeep metta – I have taken sociology optional classes in Feynman institute. Whenever I went to any other class before, I used force myself to listen to the lectures expecting that the final result at least would be pleasant. But first time in my life I worried least about the outcome and enjoyed the classes as any movie or game. Because Venkat Mohan sir engages us in the class whether with his wonderful & counter intuitive insights  or thought provoking questions or prelude videos

One more best part of his teaching is, he breaks complex & abstract ideologies, philosophies & theories into just 4-5 short and simple points. That helps us a lot in dealing with subjects particularly sociology

Which are the Best UPSC Coaching Centres in Telangana?

What is the best coaching for the UPSC in Telangana?

The Prayas India for CDS Coaching in Vasai